KnowSmoke is a community organization whose mission is to promote a tobacco free county through education, cessation and prevention.

What are we doing to reduce tobacco use in Muskegon County?

Due to COVID-19, classes are being held virtually by Cyndi Powers.

Educating the Public on the Dangers of Smoking

The Knowsmoke Coalition has been working in Muskegon County for over a decade to promote a tobacco free county through education, cessation and prevention. Recently the Surgeons General reported that vape use among youth has become an epidemic in our nation. According to MiPHY, 1 in 4 students are vaping in Muskegon County high schools. Knowsmoke has been working with the subcommittees of the coalition for a Drug Free Muskegon and school administration to reduce vape use in schools. After many conversations, a task-force consisting of DFC coalition members, school administration and law enforcement was created.

From this collaboration, focus groups were conducted at area high schools, youth and parent focused educational PowerPoints were created, and a county wide consistent school vape policy was developed, which provided resources for alternatives to suspension. Knowsmoke’s current goal is to work with the MAISD to provide a social media tool kit for all local area schools to educate on the legal, health and social consequences of vaping.

Information, Free Classes, and Resources on How to Quit Smoking.

To help smokers quit tobacco, the coalition provides tobacco treatment information to Muskegon County residents, while ever increasing the availability of cessation resources to reach more people in the community.

My Life My Quit

At My Life, My Quit we share the truth about nicotine, vaping and other tobacco products. If you decide you want to quit, we’re here to help you do it successfully. Text “Start My Quit” to 855.891.9989 or call to talk with a coach who is ready to listen and cheer you on. It’s YOUR LIFE and we’re here to help you live it YOUR WAY.
My Life, My Quit is always free and confidential. Start My Quit.

We are a resource for parents to access information about substance use prevention.

Our mission is to help parents inform youth about the dangers of substance use. Believe it or not, focus group data suggests that youth do indeed seek information and guidance from parents and other adults, so it is important that parents have these difficult conversations.

Through multiple youth initiatives such as Kick Butts Day, Great American Smoke Out (GASO), and community events the coalition hopes to increase awareness of the smoke-free laws and health risks.

The KnowSmoke Coalition and 1 in 21 are collaboratively working together to further reduce smoking rates and promote a smoke-free generation.

What is Tobacco 21?
Tobacco 21 is a national campaign taking a local approach to raising the tobacco sales age from 18 to 21 years of age. Established in 1996, Tobacco 21 and the Preventing Tobacco Addiction Foundation strive to reduce smoking and tobacco use through a preventive effort locally and on the state level all over the United States and American territories such as Guam. Over 220 cities and two states, Hawaii and California, have already raised the age, and your city or state could be next!

Why 21?
The younger the buyer is, the less likely they are to achieve a purchase even with current shoddy enforcement. Moreover, most social sources of tobacco for teens are themselves younger than 21. Age 21 reduces initiation in younger kids and inhibits consolidation of addiction in older teens.

We’ve also learned a lot from the age restriction on alcohol. After the age was raised to 21 in all states, total drinking by high school seniors dropped by 38 percent, binge drinking fell by a similar amount, and daily drinking fell by half. Enforcement remains spotty and drinking by teenagers remains a serious problem, but those gains persist even today among teens. Most significantly, today’s 30 year-olds also drink at a significantly lower rate than those of a generation ago.

Want to Get Involved?
You can get involved by Educating You And Your Peers on the Tobacco 21 movement and present your concerns about teen tobacco use to your local governing bodies such as a City Council or State Representative. You can also Request An Advocacy Kit from Tobacco 21 with everything you need to know about the movement.

Possession of Tobacco Products by Minors
Muskegon County Board of Commissioners Ordinance No. 2015-487

As a community, we have worked hard to move the needle in the right direction, but our work is not yet done. We will not stop until Muskegon is the healthiest county by the year 2021. To support the Tobacco 21 Resolution of Support, please download and sign the attached resolution and send to:

Research: It's All About the Evidence

The evidence is conclusive. Smoking in movies kills in real life
The evidence is sufficient to conclude that there is a causal relationship between depictions of smoking in the movies and the initiation of smoking among young people. — US Surgeon General, 2012

Giving an R rating to future movies with smoking would be expected to reduce the number of teen smokers by nearly 1 in 5 (18%) and prevent one million deaths from smoking among children alive today. — US Centers for Disease Control and Prevention, 2014

The Surgeon General, like the US National Cancer Institute and World Health Organization, concluded that on-screen smoking harms large numbers of kids only after reviewing decades of evidence — all types of evidence.

Population Surveys
Cross-sectional surveys have asked thousands of adolescents whether or not they smoke, what movies they have seen, and who are their favorite movie stars.

After accounting for other factors associated with teens’ starting to smoke, such as their school performance and whether their parents smoke, the surveys found that teens who have seen a lot of smoking in the movies or whose favorite stars smoke are more likely to be smokers.

Longitudinal Studies
An acknowledged limitation of cross-sectional surveys is that they are a snapshot in time: they can only document an association between two variables, in this case exposure to on-screen smoking and teens’ starting to smoke. Longitudinal studies follow people over time, show what occurs before-and-after, and can illuminate causal relationships.

In 2003, Dartmouth researchers published a landmark longitudinal study that followed more than 2,600 adolescents for up to two years. After controlling for other factors bearing on smoking initiation, they found that the more smoking in movies kids saw, the more likely they were to start to smoke: a dose-response effect. Kids who saw the most smoking in movies were nearly three times more likely to start smoking than kids who saw the least.

In the decade since those 2003 results from young teens in New England, studies from a dozen other countries have confirmed the dose-response effect.

Experimental Evidence
In addition to these real-world studies, a variety of controlled experiments have helped explain how exposure to on-screen smoking leads kids to smoke. These studies have consistently demonstrated that exposure to smoking in movies shifts kids’ attitudes in a pro-smoking direction and immediately stimulates urges to smoke. There is even a study that identifies what part of the brain is activated by viewing images of smoking.

Based on US population and longitudinal studies through 2012, it’s now estimated that exposure to on-screen smoking accounts for 37 percent of US smokers younger than eighteen. That’s a bigger effect than conventional cigarette advertising. The US Surgeon General (2014) has concluded that R-rating future movies with smoking would reduce the youth smoking rate in the United States by 18 percent.

Historical Evidence
Once-secret tobacco industry files, discovered during lawsuits, trace how tobacco companies collaborated with the US film industry for decades to push smoking and promote tobacco brands. Tobacco firms invested millions of dollars in cross-promotion and product placement, based on their own conclusion that movies are powerful marketing tools.

The business collaborations described in these tobacco industry files have guided the development of policies to end the film industry’s usefulness to the global tobacco industry.

Monitoring Tobacco Content on Screen
Finally, two decades of data on the presence of tobacco in mainstream films — right up to last Saturday night — allow researchers to track kids’ exposure. We can all use this real-time data to hold particular media companies, producers, and others in the film industry accountable for keeping kids safe.

The decision to include smoking in movies ultimately rests with the people who create the movies and the studios that pay for their production and distribution; any effort to affect when smoking is portrayed in movies and other entertainment media is logically focused on the production studios rather than on the tobacco industry. — US Surgeon General, 2012

Michigan residents and visitors are protected from exposure to secondhand tobacco smoke in all restaurants, bars and businesses (including hotels and motels), thanks to Public Act 188 of 2009, Michigan’s Smoke-Free Air Law.

Clean air is fundamental to good health. The public health and well-being of workers and customers alike is the best reason for state government to ensure smoke-free businesses, including restaurants and bars. Smoke-free air is good for Michigan residents, workers and visitors – and now – Michigan is serving smoke-free air.

The KnowSmoke Coalition Developed School Resource Materials That Educate On The Legal, Social, And Health Consequences Of Using And Abusing Vaping Products.

What you need to know about underage smoking. 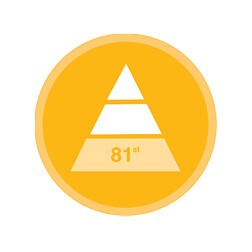 We ranked 71 out of 82 for health behaviors for the University of Wisconsin Community Health Rankings, 2016. 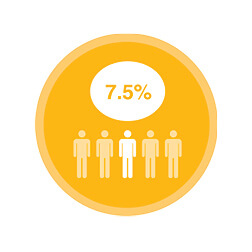 7.5% of high school students reported smoking a whole cigarette in the past 30 days. (Michigan Profile for Healthy Youth, 2015). 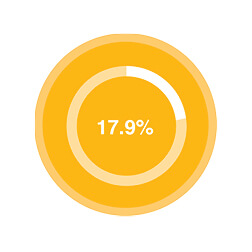 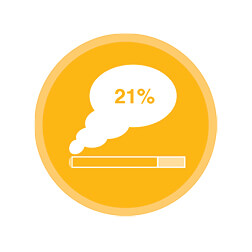 21% of the state smokes, only 20% of Muskegon County (University of Wisconsin Community Health Rankings, 2016).